Fishing through the Apocalypse...

So Arnie and Karol were forced to evacuate Friday under attack from the historic Cameron Peak wildfire. Tom and Sheila were thinking of making a run for it, too, and packing a few things just in case. Meanwhile, the corona virus was beginning a frightening second run through the local citizenry, the drought was getting worse and, despite my earnest prayers, the election was still nearly three agonizing weeks away.

Under such bleak, Apocalyptic conditions, a guy has few alternatives. Fortunately one is to say "the hell with it," and go fishing. So this morning I simply had to scout around for one of the few bodies of local water that isn't either dried up or under mandatory evacuation orders, and get to fishing before the winds picked back up. Kinda wished I'd listen to those forecasts, though.

Despite other, more questionable decisions I made this morning, after arriving at a favorite fishing hole I craftily kicked the belly boat to the upwind, west end of the pond. This would make the inevitable journey back to my takeout point a couple hours later a bit more survivable as the wind started gusting toward 50 mph.

Though I am usually too modest to tell you how well I did on the water, I have to say that, despite questionable conditions, the fishing on this late October morning was superb. Even on a usually busy pandemic Saturday, I had the pond to myself and schools of gullible, plump crappie and bluegill. By late morning, though, as hurricane-like winds began to tear back through peaceful Loveland, I began to feel like an oblivious angler in Pompei before the Mount Vesuvius eruption.

Only one thing marred the morning (unless you want to consider those gale-force winds, turd brown air reminiscent of the Dust Bowl, and increasingly ominous dark smoke from the west.):  the surface of the pond was choked with ugly chunks of black ash from this historic Colorado wildfire. Before releasing each graceful fish back into that nasty water, I literally had to wash the gunk off their scaly little bodies.

Still, eventually the wind pushed me right back to where I had begun the morning, and I didn't even fall down taking off my fins. Another good, eventful day to be alive in the Rocky Mountain West. 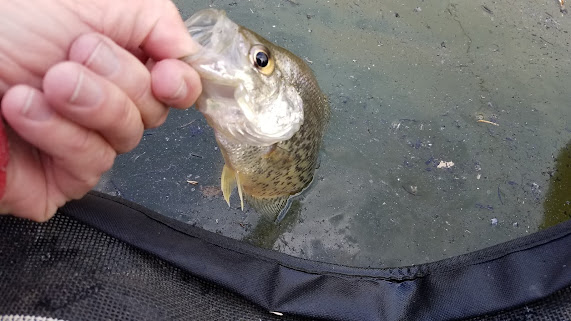