More than 60 anglers rescued after ice detaches from Wisconsin shoreline

Dozens of anglers left trapped after three different ice floes became detached from the Wisconsin shoreline have been rescued. 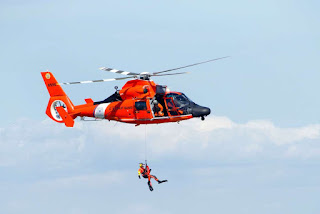 According to a statement from the Coast Guard, a large chunk of ice broke free Thursday around 9 a.m. near the mouth of Sturgeon Bay, which opens into Green Bay. Before noon, first responders had rescued about 20 people near Sherwood Point, while reports indicated there another 25 people still needed assistance near Little Harbor, WPR reported.

A total of 66 ice fishermen were rescued, none of who were seriously injured.

The Door County Sheriff’s Office said that the anglers got stuck in Green Bay “due to pressure cracks that had opened between their location and the shoreline.” Authorities added that they were whisked to safety just before the area was slammed with a major snow storm.

The same day as the rescue mission, Green Bay had recorded more than 6 inches of snow while other regions more inland faced more than 9 inches, according to the National Weather Service.

“High winds associated with the approaching winter storm system quickly pushed the floe farther away from shore,” according to a press release from the Coast Guard.

“Ice continued to crack into smaller sections throughout the crews’ time on scene. The helicopter crews lowered rescue swimmers to the ice to help coordinate the rescue as local first responders and other Coast Guard ice rescue assets arrived.”

The Coast Guard and the Sheriff’s Office urged residents to exercise caution on the ice given that conditions are constantly changing along with the weather, wind and snow.

“When venturing onto the ice, no ice is ever 100% safe,” the Door County Sheriff’s Office said in a statement

Posted by Rick Palmieri at 8:04 AM